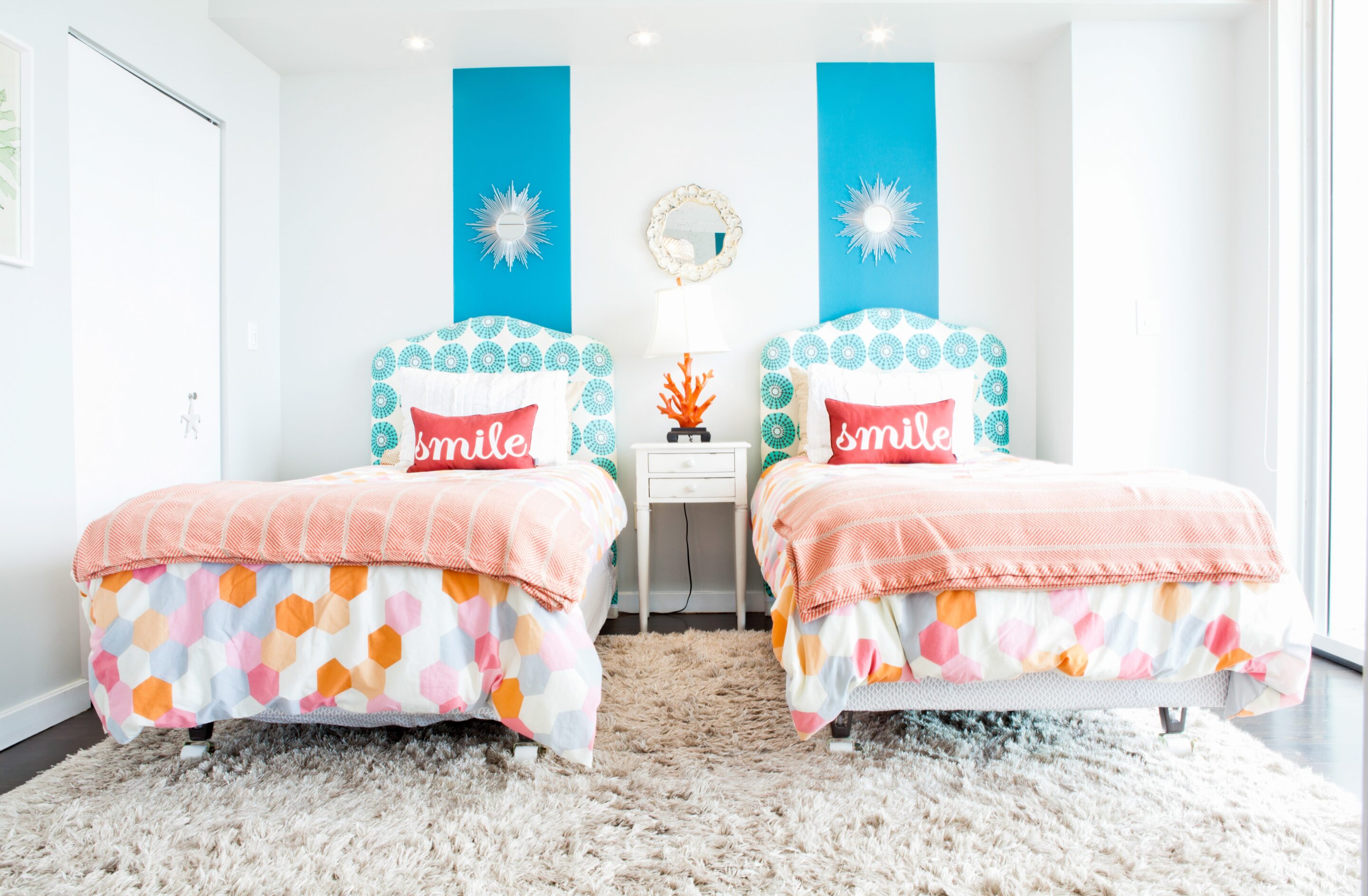 Kids’ bedroom ideas: how to decorate to improve their mood

Children’s bedrooms have never worked harder over the past 18 months they have become schools, chillout spaces, libraries and play areas, as well as being somewhere simply to sleep and dream.

The Education Endowment Foundation found that lockdowns have had a particularly detrimental effect on the language skills of four and five-year-olds, while the impact of the pandemic on children’s mental health is hugely troubling, with several surveys reporting issues such as poor sleep, lower concentration levels and mental distress. As Covid Cases rise, meaning 640,000 pupils were absent from classrooms as of this week, and with the Summer holidays imminent, it is vital to ensure a child’s room is as nurturing and stimulating as possible, able to support them now and as life, it is hoped, returns to normal.

Studies have shown that children can be more sensitive to colours than adults, so one of the easiest and most effective ways to transform a room is with colour psychology, says Donna Reid, ecommerce manager at the decorating and building supply retailer Kent Blaxill. “Different hues can impact our moods, both positively and negatively,” she explains. “Done correctly, colour choices can help to bolster your children’s creativity, learning and mental wellbeing.”

Like a bright azure sky or serene sea, blue is perceived as calming, while experiments by academics at the University of British Columbia found the hue can boost creative thinking.

Green is associated with nature, which means it is grounding and calming. Light browns and soft pinks can be relaxing and these neutrals also balance out bright colours which, if used too much, can adversely affect neurodiverse children, including those who are autistic. Psychology have found that bright yellow is particularly overwhelming for autistic boys, and the support organisation Living Autism says greys beiges and silver are easiest on the eyes and brain.

Children’s bedrooms should have as much connection to nature as possible, says the designer Nicola Holden: “Incorporating biophilic design into our homes increases productivity and concentration, enhances creativity, reduces boredom and positively affects circadian rhythms, leading to improved sleep. “Do this by maximising natural light from windows as well as bouncing light around with mirrors and painting the ceiling with emulsion that has a light reflectance value (LRV) of 60-90. Ensure there is sufficient task lighting as add dimmer switches to create softer, more relaxing ambience at night.

Consider adding plants, taking care to avoid anything spiky and keeping them out of reach of very young children. “Plants can purify the air, moderate humidity, reduce stress, improve mental health and boost creativity,” says Ed O’Donnell, co-fonder of the interior pollutants can be two to five times higher than those outdoors, so increasing numbers of parents are opting for paints that are odourless and free from harmful volatile organic compounds, such as the Nursery Range by Edward Bulmer paints. Oktoair, which sells air quality management systems that eliminate viruses and remove 99.99 per cent of particles, says it has received a considerable increase in inquiries from families since the pandemic began.

Where possible, all materials in a child’s room should be pleasant to touch and environmentally friendly says Valeria Senkina, founder of the design company.

And the one golden rule for making inspiring, happy, healthy, children’s rooms? Ask the kids. “From a young person’s perspective, adults always make the decisions, so to consult them on the decoration of the one space that is theirs is hugely empowering,” says Clare Pascoe, director of Pascoe Interiors, “It is also great fun, as children have such raw creativity.” And fun is what we all need right now.

Talk to us today